I was a teacher working at the Panther Valley Middle School from 1970 to 2003. 17 years ago - on my 55th birthday - I walked out of the middle school door never to return again. A couple of years later - Panther Valley build a new middle school - and the old school was put out to pasture.


I won't go through the political stories why the school was not sold - torn down - our turned into something new. They are plenty of stories - facts - rumors - details - and outright lies. I will just say that the school has been gutted and the leaky roof has been doing its job eroding the school.


The school was built in 1916. It was the pride of the booming town of Lansford. It was landscaped and was well equipped with the latest and greatest things. It had a beautiful auditorium on the main floor with skylights and a tile gymnasium in the basement. It had a coal furnace and a state of the art ventilation system. It had an emergency electrical generation system.


I started teaching there in 1970 when it was the high school. I taught Earth and Space Science and Physics. I was 22 years old - it was my first and only real job. I was teaching kids that were just 4 years younger than me - and some maybe 60 pounds heavier than me. In 1973 - when the high school moved to its present location - I stayed behind and taught Earth and Space Science in the middle school. So I was in the same building but teaching 12 year olds.


On this trip home from Florida - I wanted to see my old classroom. Everyone said it was in such bad shape that it was impossible to get permission to go inside. But with the help of several former students - Krys Tiedeman - Ben Turrano - Lisa Hiles - and Rich Willing - they were able to contact the owner Andy - and he wanted to meet me and hear my story.


One of the former owners gutted the building - they removed anything of value - radiators - slate blackboards - some plumbing and wiring. That owner also sold a large part of the parking lot to the Lansford Fire Company next door for $14,000. Then he abandoned the project. The present owner bought it at tax sale in its present condition. He plans to renovate it - and I hope he does - but I doubt it will happen. It would require so much work and so much money - I can't imagine any use that would pay for it. In a town where industry it gone - and a tax base that is dwindling - I do not see a need. I hope I am wrong.


There is no longer electrical service in the building and no running water. No heat. The leaking roof has caused so much damage to the wooden floors. Plaster and paint are on the floor like fallen snow - like slush. In some places plants are growing in the muck. It reminds me of the time in 1986 when they visited the Titannic at the bottom of the ocean with a remote submarine - where stuff is littered around like history. Just the task of removing the debris is gigantic. I got tired just thinking about it.


The window shades are still up and many of them are working.


I was able to identify every room and what teachers taught there. My two rooms - 34 and 35 - were in remarkably good shape. The ages had been kind to them. With just a vacuum cleaner and a few chairs - I could have struck up a lesson. The place where we played "hiney basketball" was remarkably clean and ready to go. All we would need was a carpet - two waste cans - and a chalk eraser.


The hardest place to explore was the audtorium/cafeteria. From 1916 to 1973 - it was an auditorium with a slanting floor downstairs - and upstairs in the balcony. In 1974 - they installed a flat wood floor - so they could have cafeteria tables and a food service line. I ate there every day - good food at bargain prices. Ice cream cones for 30 cents. One inverted on another - chocolate on top of vanilla - made a 60 cent "clown sundae." Those wonderful cafeteria workers served 700 kids in less than two hours.


I was not too startled by the condition - I know what weather can do to a place. 15 years without protection from water and cold can level many places. But this building stands tall and strong - although it could use a makeover. Remarkably - there is very little broken glass. The windows are tinted safety glass to keep out bright sun. they were installed in 1974.


The most sensational thing is seeing all the lockers and blackboards gone. This is followed by the wooden floor being buckled from the rain. Floors are buckled with waves as high as a foot!  Radiators were rolled down the steps causing destruction there.


Deep in the bowels of the basement is the "Panther Pit." This was the most feared basketball floor in the area. People sat on all four sides right up to the side and base lines. Overhead behind the baskets were seats occupied by frantic fans who could almost reach out and block shots from behind the backboard. I remember one time being harassed a whole game for sitting with my future wife on the Tamaqua side of the court. The Panthers won that came big.


The hole was still in floor where the dental chair was once mounted in the middle of the faculty room.   For 25 years - we walked around that dental chair as if it were invisible. I remember sitting on the toilet in that same faculty room - when a 6 foot high parapet came tumbling down from the roof - causing us to close school for a week. Patterson Street was littered with pieces of yellow bricks.


I remember the huge dances we had in the gym on Friday nights - where we would raise $1000 at $2 a head - for the student council and yearbook club. I remember the famous "Kiss Style" concert we had featuring the group "Serpent Gown" - and the trouble I got in because that band left a litter bottles in the locker room.

But most of all I remember the middle school teachers I taught with in that school. I remember how dedicated they were and how they stuck together. The other teachers in the district called us "The Rat Pack." We were a team. I will mention some names - I will miss many - but here they are - Zubek - Balliet - Dietz - Reinbold - Hoffman - Horvath - Zubey - Ligenza - Chachur - Henninger - Tucker - Pikna - Depuy - Szczecina - Cerimele - Swartz - Lukac - Laird - Reichard - Sharpe - Havel - Mitchell - Collins - Bynon - Taylor - Werntz - Gelatko - Bortnick - Ouly - Rakos - Fertally - Teno - Thear - Watto - Becker - Rader - DeSei - Grevera - Kosciolek - Kashlak - Inama - Fada - Williams - McKee - Mitchell - Brookover - Porembo - Sharbaugh - Keenly - Everhart. If I missed your name - let me know - and I will enter it.

I could not leave without telling one of the neatest stories about the school. Tony "Iggy" Marconi was the janitor of this building. He was there when it was the Lansford High School - PV High School - and PV Middle School. He later served on the Board of Education. Tony knew that school better than anyone. The story is about the coal bin. Deep down in the school - lower than the gym - is the coal bin. When they switched over to oil heat - there was about 40 tons of coal left behind. It sat there for years. The board offered it up for bid - but no one bid on it because it would have to be hauled out by buckets - up several sets of stairs. Tony bid $10 a ton - even though the market price was about $90 a ton. The board would not accept his bid - the coal stayed in the bin. Finally - the board said okay and Tony smiled. The next day Tony borrowed the Lansford Borough vacuum snorkel truck. He sucked that coal out of there in minutes - and deposited in his own basement! He barely got his hands dirty. The school got a new empty room. Tony got $4000 worth of coal for $400. Only the board of education was angry for not thinking of it themselves. Every Christmas the kids would sing "Iggy the bald-headed janitor - had a very shiny dome." I loved those Christmas sing-a-longs. So did Tony.


I am on my way home now in my camper to Florida. I have a new home now - but it will never replace the good times I had in the Valley and in this building. I was always working class. I thought that if you had to work - this job I had was really good. I am retired now and having a really good time - thanks to my years in this building. I love when I see my former students having great lives and being very successful. Those years were very important - that school provided wonderful experiences. I learned so much from those kids. 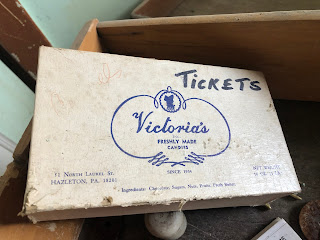 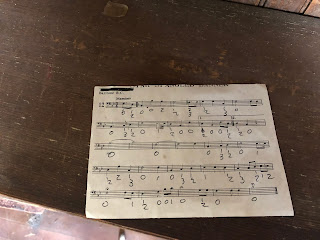 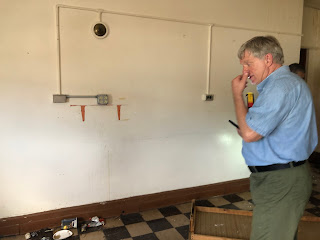 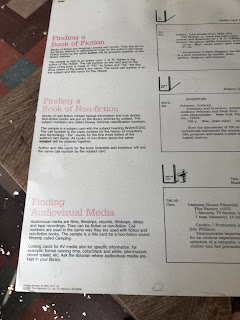 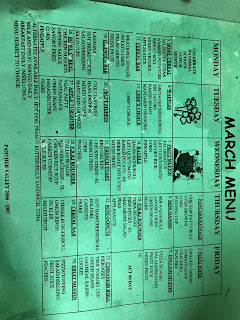