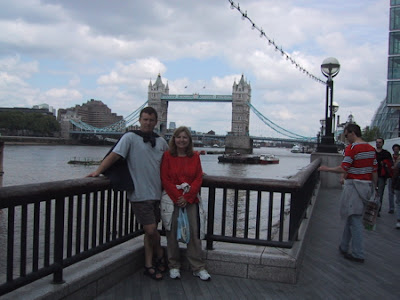 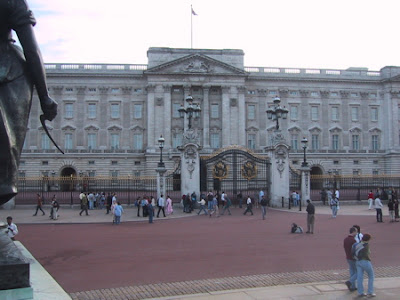 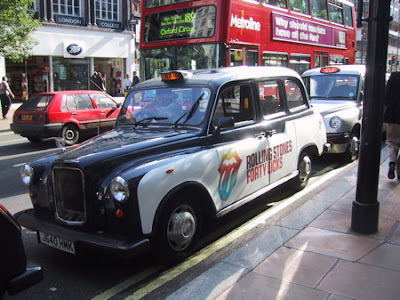 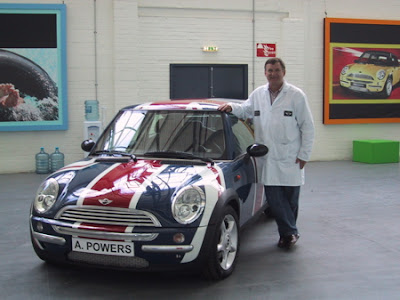 Florida State University announced today that Nancy will be teaching two graduate courses in the summer of 2008 being held at the campus in downtown London, England. The courses will incorporate London sites into the teaching of multi-media library science. Most of the students will be graduate and undergraduate students from the United States that will be studying abroad. The courses will include side trips to Oxford - Stonehenge - Bath - among other sites incorporated in the curriculum.

The six week courses will take place from June 26th, 2008 to August 8th, 2008. Housing will be provided by FSU. Of course - Harry will be going along to carry her bags. Friends and family are expected to visit. Students can earn six undergraduate or graduate credits. For more information email Nancy at - nancyeverhart@mac.com or everhart@ci.fsu.edu

On Friday night, there was a big Research Recognition Dinner at the University Center of FSU – better known to folks as the Doak Campbell Stadium. And guess what – The Trailing Spouse was invited. No – they weren’t honoring me for my glorious blogs in the Democrat – heck they weren’t even honoring me. Lulu was recognized for her research that brought a million dollars to the College of Information from the federal government. This was closest I will ever get to being “arm candy” like at the Oscars. Yes – I was simply fulfilling my role as a “trophy husband” for my wife – I won’t tell you what place she finished to earn me.

The Research Recognition Dinner is held to compliment the professors that had a lot of their work published or brought lots of money into the treasury of FSU. I am sure every person that attended the dinner had a different perspective – but what I enjoyed most was relating to the many other trailing spouses that I met at the event and hearing their stories of following their spouses’ careers. Each one was eager to tell me how they got to Tallahassee – how they were coping with their roles – and how proud they were of their spouses’ accomplishments.

You might ask – how could I recognize other trailing spouses? Each person was given a neat little nametag with the FSU logo on the front and their table number on the back. On the front was the guest’s name in large black letters. On many of the tags – there was a second line of text that identified the person’s college or department. I had to squint to read the second line in the darkened room. But soon it became obvious to me that the folks with no second line of text were spouses and more often than not – trailing spouses. So pretty soon I was not even reading the name line – I was just concentrating to see if the person had a blank second line – I wanted to talk to them.


Surprisingly – most trailing spouses that I met were almost apologetic that they suppressed their careers to follow their husbands, wives, or partners to Tallahassee. College professors are a mobile bunch – they will often pull up stakes at inopportune times to follow their holy grail to the Groves of Academe. Many spouses that I met waxed back to fantastic jobs and wonderful homes they gave up – to “follow the sun.” One fellow told me he has been doing this for 46 years – sometimes for his career and sometimes for his wife’s career. This time is was for the wife – but he did not like being call a trailing spouse – he chose the term “alpha earner” for his wife – “academic bumblebee” for himself. They were academic vagabonds.

You may recall that I taught 7th grade science in the same public school for 33 years – in a small town back North. So to me – Talahassee is the big city with more things to do – places to shop – places to eat – and the most fantastic weather and foliage I could image. But some trailing spouses have come to town almost as hostage – pulling their kids out of school after school – and boarding up homes they loved with realtor signs. When Lulu was recruited at FSU – I sold a home that I literally built from a kit 35 years ago – to live in the shadow of the Capitol here in Treeville. Most of the folks really liked Tallahassee – but some expressed a desire for the amenities that only London and Paris could provide.


But the trailing spouse that I did not get to meet – but I am sure is a spectacular guy – is the husband of Julianna Baggott – the main speaker. She was the funny - witty - pretty guest speaker of the dinner. What amazed me and got my attention was when my wife said she just had her fourth child. She has a list of publications as long as your arm. She is a professor of Creative Writing at FSU. If you check out her web page - http://www.juliannabaggott.com/ - you will see that she has several novels that made the best-seller list.

Her husband is David G. W. Scott. He is also a writer – but to me – his claim to fame is that he stays home with the 4 little kids. I realize that is a sexist comment – because tons of wives have done the same thing without being placed on a pedestal – but having stayed home for 1 year with a couple of toddlers – I can only admire what he is doing. No – I did not interview Dave – I do not even know if he was at the dinner. I am sure he has much better use of his time than to humor this old guy writing a gratis blog for the Democrat.
Written by Harry Everhart on Wednesday, April 25, 2007

Maybe We Will Build Jets in Tallahassee

A major American aircraft manufacturer - Piper Cub - is considering Tallahassee as the site of a new assembly plant that could eventually employ 1,500 workers, according to local economic-development leaders.

Tallahassee is one of five cities under consideration, said Sue Dick, president of the Greater Tallahassee Chamber of Commerce and Tallahassee/Leon County Economic Development Council. Other cities include Oklahoma City, Albuquerque, N.M.; Columbia, S.C.; and Vero Beach. The name of the company is not being released.

If the plant locates to Tallahassee and hires at the level expected, the company would be one of Leon County's largest employers, said Michael Wright, assistant city manager for development and transportation.

I Can't Believe They Did The Full Monty in Tallahassee 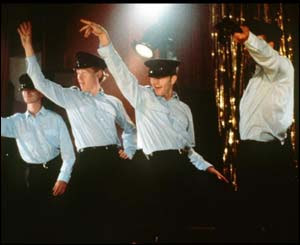 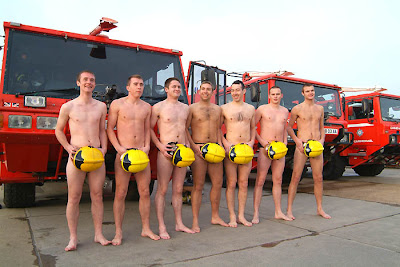 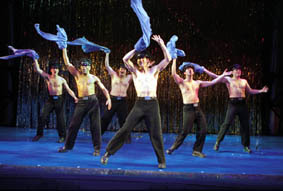 One of the neat things about being retired is that you can go out on a "school night." Last night we went to the comedy musical - The Full Monty - which was playing at the Little Theatre on Thomasville Road. Our good friend and neighbor - Joel Dawson - belongs to a women's club called Zonta. They were having a fund raiser silent auction that included the show. So we thought it would be fun to see the show and maybe win an auction or two.

The history of The Full Monty is really funny. It started in England when a group of mature men were out of work. They thought they could do a strip show to mock the Chippendales - the famous male dancer show. Just like many other British ideas - American Idol - The Office - Fever Pitch - Who Wants to be a Millionaire - the premise was stolen and Americanized into a show about 6 guys from Buffalo out of work because a steel mill closed. The original show won many Tony Awards on Broadway.

Having heard the original story about The Full Monty - I was eager to find out if the fellas in the Tallahassee play would remain true to form. During the whole evening - I kept thinking -"will they or won't they" show The Full Monty. I heard a guy sitting close to us in the theatre trying to explain what "the full monty" means. He had no idea and his explanation was off base. "The full monty" is slang in Britain for full frontal nudity. It was going to be fun to see this guy's face when and if it really happened.

The show was excellent - very professionally done by local people. I will leave the professional view of this comedy to others. I will just say I was so impressed at the quality of the production. The actors were great. They could carry a tune - were wonderful dancers - and had the courage and professionalism to "pull it off."

To answer the question on your mind - YES - they do show you The Full Monty. Yes - the full house of Bible Belt Tallahasseeans roared and loved the show - especially the women. The play has many thoughtful messages concerning the relationship between men and women.

Fellas - it is a great show to take your wife. It will be playing for the next couple of nights here. Your wife will love you for it - and it may pay big dividends. I give this hilarious musical comedy 5 stars. If the Trailing Spouse were looking for a new job in Tallahassee - playng in this musical comedy show might not be a bad idea.
Written by Harry Everhart on Thursday, April 12, 2007