Lulu Is In Las Vegas At A Convention

Lulu is now a platinum medallion member with Delta. So she loves to travel and get upgraded. She also loves to go to conventions and do presentations.

Sunday morning early - she left Tallahassee for Las Vegas. She flew to Atlanta and then onto the desert.

Jan Davis and Lulu had this planned since China when Jan visited. Jan lives in Arizona and she flew up to have a 4 day hen party with Nancy.

They are staying at the Flamingo Hotel - that is where the convention is. 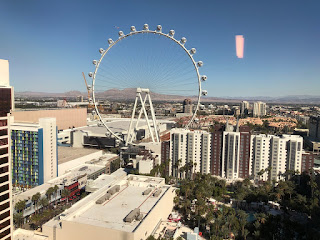 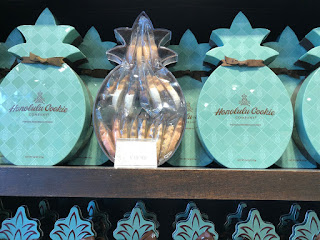 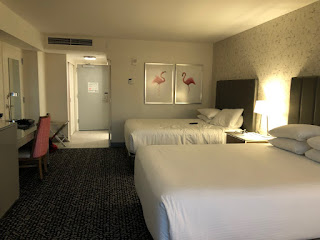 
I love Apple Computers. I am prejudiced - I have had at least one since 1981. I started out with desktop models but in the last 20 years - it has been mostly laptops. I also own iPhones - lately I use the iPhone more than the laptop.

For the last four years - I have owned this MacBook. I have taken good care of it and it has served me well. While in China - you re-call that a few of the keys on her keyboard stuck. When we got home - I bought a new one - and was not sure what to do with the old one. Son Drew told me there was a re-call on my MacBook. I called Apple - they sent me a mailer and I shipped the computer. They returned it a few days later. They replaced the keyboard - battery - motherboard - and the top and bottom case. It was a new computer!

I advertised it for sale on Facebook and Craigslist for $699 - and sold it for $600 today. A really nice guy came and picked it up today.

Usually I replace my laptop after a year or two. This was the first time I kept one for 4 years. Since I use my iPhone more and more as a computer - my laptop seems to last longer. My old laptop has been to China - Vietnam - Japan - Mexico - England - Scotland - Germany - France - Dubais - Greece - Egypt - Morocco - Spain - Italy - Sicily - Crete - Netherlands - Luxembourg - Belgium - Lichtenstein - Switzerland - Canada - Bahamas - Alaska - Hawaii - and Tamaqua. I wonder where the new one will go.
Written by Harry Everhart on Saturday, February 22, 2020

We Got To Tour A B-17 Flying Fortress

On Sunday at noon - Florida State women's basketball team played Virginia. The game ended at 2 PM - so we had some time to kill before our 5 PM supper at Ted's Montana Grill with Joan. First we stopped buy the Proof Brewery. It is close to our home - in the old Coca Cola Bottling Factory. After a fruity beer - we headed to the airport. I read that some World War II aircraft would be there giving rides.

One of the nice things about having a wide open regional airport - is that it is a perfect venue for visiting aircraft. We have two very long wide open runways. At one time the airport was home to the Strategic Air Command. So every now and then - these old warbirds pay a visit.

This time - a B-17 Bomber and a P-51 Mustang Fighter came calling. These two planes teamed up to win World War II.

One of my many favorite movies is Memphis Belle. It is the story of a B-17 that made 25 bombing missions over Germany and lived to tell about it. The crew and plane became famous and toured around American selling war bonds.

They built a little under 13,000 B-17 Flying Fortresses - a nickname the bomber earned from having 13 machine guns sticking out all over it. It was also heavily armored to protect the crew. Many of the planes returned with holes in the wings and part of the tail blown off. It was the bomber that leveled Berlin and brought the Nazi's to their knees. There are only 9 flying B-17's left.
Read more »
Written by Harry Everhart on Wednesday, February 12, 2020

I have been a Rolling Stones fan forever. I never heard them do this. Just a neat version.